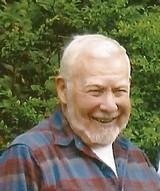 John Stuart Munro passed away on May 29, 2012, at the age of 85, due to complications of lung disease and heart disease. He had been a resident since November of Sequim Health and Rehabilitation Center.

He was born on March 23, 1927 at the family dairy farm near Tracyton (Kitsap County). His parents were Duncan Munro and Isabel (Holm) Munro, both of immigrant parents who settled on Bainbridge Island. John was the youngest of five children. Duncan, Jean, James and Maryann, his siblings, still reside in Silverdale and Tracyton.

After attending the two room Tracyton Elementary, he attended Central Kitsap High School and graduated in 1943 at age 16. In 1944, he began working on merchant ships heading for the Pacific War. In 1951, he married Dawn Cunningham, also of Tracyton. They had four children together: Ron, Jack, Shannon and Linda, all still living.

John eventually got steady work as a gardener on the grounds crew at Puget Sound Naval Shipyard. In 1957, he and Dawn bought a small farm on Clear Creek Road in Silverdale. It was there that they raised their kids, along with lots of animals and produce. John and Dawn were divorced in 1972. He was later married to Shirley (Russell) Munro from 1974 to 1979.

In the mid 1970s, John sold the farm in Silverdale (now the site of a Target store and a large apartment complex) and bought land near Quilcene, on Center Road, where he built his home and small farm. There he lived out his life, raising cattle and vegetables and fruit and flowers. He kept huge gardens into his 80’s when he could no longer get up from weeding.

John also spent many happy hours fishing with friends and family on the Strait of Juan De Fuca and always had salmon for the winter. John’s family includes nine grandchildren and eight great-grandchildren. 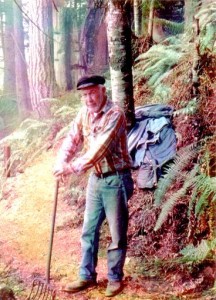